The Impact of Giving

This is Jerraco Johnson, a doctoral student in kinesiology. He enrolled at Auburn after experiencing a glimpse of graduate school life through the Future Scholars Summer Research Bridge Program, an intensive summer academic and research experience for prospective students from underrepresented groups. The program is supported in part by a gift from the Charles Barkley Foundation. 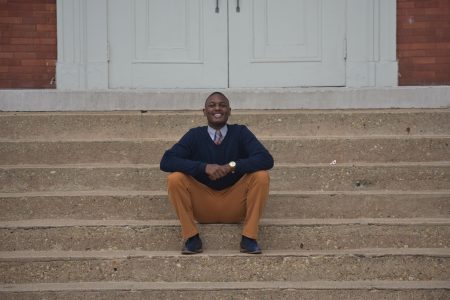 “The Future Scholars Summer Research Bridge Program was extremely beneficial for me in numerous ways.  Academically, I was able to meet my future professors and gained the advantage of sitting in on their courses that I eventually took as a graduate student. I was very apprehensive about graduate school prior to my classroom experience during the program, but as I sat in those classrooms I realized that I was more than capable of being successful as a future graduate student. Socially, I was able to move to Auburn 6 weeks earlier than the other students which gave me a chance to become acclimated to the environment. I had never been to Auburn so I was not quite sure what to expect. I learned where all of the important buildings were on campus, how to take the shuttle, and most importantly how passionate this institution was about football! However, the most crucial service of this program was providing me with a hands-on research experience! Research was novel to me during this time, but has since become a true passion which is inevitably why I decided to pursue a doctoral degree. If it had not been for this program, and all of the individuals behind the scene that make it possible, I am not sure where I would be right now.”